The Legislators passed and the Governor signed HB 98 the Local Election Act which became effective July 1, 2018.   The intent of this legislation is to consolidate all non-partisan elections held within a county to one election day in November of the odd numbered years  and to provide a uniform process for the conduct of the election.The legislation encompasses school districts, special hospital districts, arroyo flood control districts, special zoning districts, soil and water conservation districts, water and sanitation districts as well as municipalities who chose to opt into the process.

The Legislators also passed and the Governor signed HB 407 the Election Laws 50-year Tune-up on April 3, 2019. This bill provides substantive and pro forma changes to many sections of the Election code.

The Legislators also passed and the Governor signed SB4 during the Special Session in 2020. This bill enacts a new section of the Election Code (Section 1-12-72 NMSA 1978)
including provisions related to conducting the general election on November 3, 2020, under a continuing COVID-19 pandemic 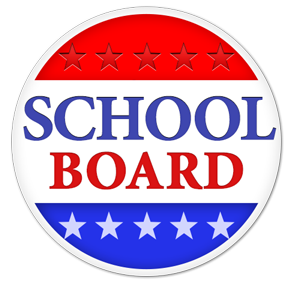 For such elections, all  qualified registered voters in the Capitan School District will receive a mailed ballot.( THERE IS NO IN PERSON VOTING OR VCC’S FOR THIS ELECTION) A participating voter marks the ballot and places it inside a secrecy envelope or protective sleeve, which then is placed inside a separate envelope. This envelope is signed by the voter as an affidavit to confirm his or her identity and returned. You may return your ballot by mail using the United States Postal Services or you can hand deliver to the Lincoln County Clerk’s office – 300 Central Ave, Carrizozo, NM 88301

In Primary Elections, you must be affiliated with one of the major political parties to be eligible to vote. If you are affiliated with a Minor Party or Declined to State, you are not eligible to vote in the Primary Election. Everyone who is registered to vote is eligible to vote in the General Election and can vote for anyone of their choosing, within their districts. In other elections, those being schools, city, etc., you may or may not be able to vote for any candidate depending on the district in which you live and are registered to vote. You should always contact the County Clerk’s Office if you have any questions regarding eligibility.

For Primary and General Elections, you may begin viewing the unofficial election returns on election day after 7:00 PM by going to to the Secretary of State’s web site and following the instructions to access the election results for Lincoln County at: http://www.sos.state.nm.us/Elections_Data/

Lincoln County consists of five municipalities, three of which have chosen to opt-in to the Local Election Act process.

Municipalities who have chosen to opt in to the Local Election Act include: Village of Corona; Town of Carrizozo; and Village of Capitan.

The Village of Ruidoso and City of Ruidoso Downs did not opt into the Local Election Act. The deadline for Municipalities to opt-in is June 30, 2019.

For more information concerning a municipal election, please contact the Clerk in that Municipality.

Voters may cast an absentee ballot or vote in person at the County Clerk’s Office or an early voting location prior to Election Day.

For further information regarding elections you may contact the Lincoln County Clerk’s Office at 575-648-2394 ext.127 or the New Mexico Secretary of State web site at http://www.sos.state.nm.us